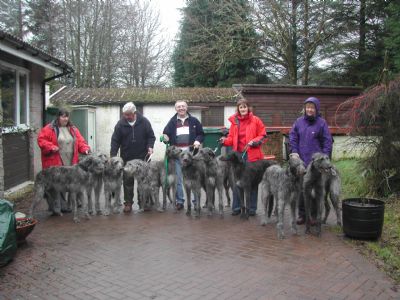 The picture below is of Fern, a daughter of Francesca (and Ch Lealla Erray) owned by Rose Conway, enjoying her holiday in the lakes with Rose, Chris and friends.

The picture below is a gorgeous one showing Bruich's brother Bryn who lived with his owners, Janet and Jef - it was taken by Jef very shortly before they lost him.  I received this picture along with the sad news of Bryn's passing, being not far short of his 10th birthday.  He never fully recovered from an episode when he managed to get something lodged in his stomach, which sent the rest of his system out of sync.  However, he had a truly eventful life and I had many lovely descriptive letters from Janet over the years, telling of their tales and the fun and traumas they had sharing his life.  This is a picture of Bryn in the river near their home, apparently one of his favourite ways of eating biscuits was for Jef to float them down the river and Bryn would stand downstream, catch them and eat them - he would not eat them any other way.  I met up with them all a couple of years ago, Bryn was a massive boy, dwarfed his brother Bruich, and, in looks and coat was very like his granny, our Ch Ardkinglas Krystal, although obviously masculine and larger, reminded me very much of one of Krystal's pups who lived with my friend in Chelsea, their characters sounded somewhat similar too. 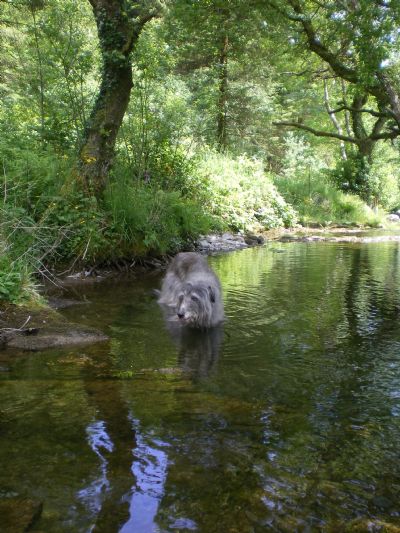