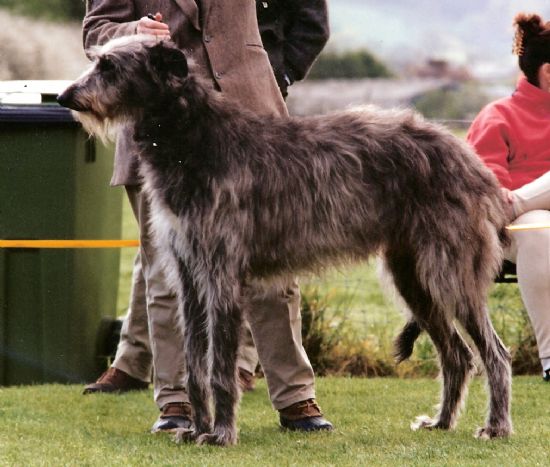 Although Garth sired other ticket winning prodgeny, Erray was the only one to achieve the status of Champion.  Bred by Mary and Tony Churchill of Lealla Deerhounds, he was a lovely laid back character, just like Garth - a real gentleman.  Erray much preferred the thrill of the chase on the coursing field rather than the boredom of the show ring.  He was always at his best when being shown during the coursing season, having that little extra spark which he normally kept well hidden. 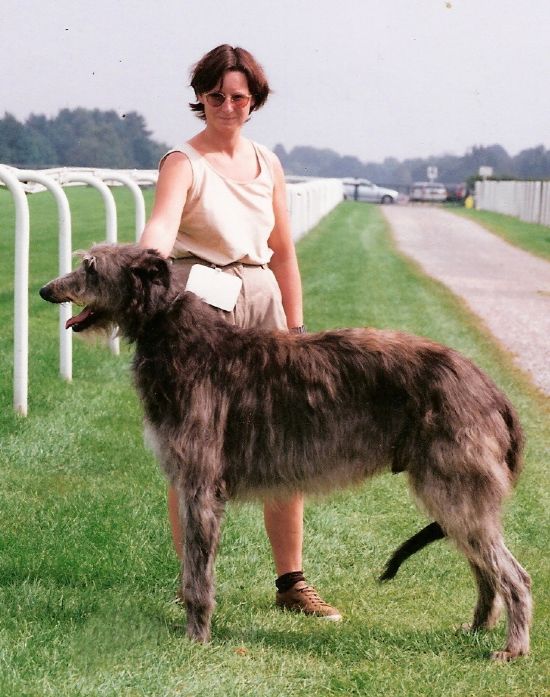 This is another picture of Champion Lealla Erray, being handled by Mary and Tony's daughter Claire. 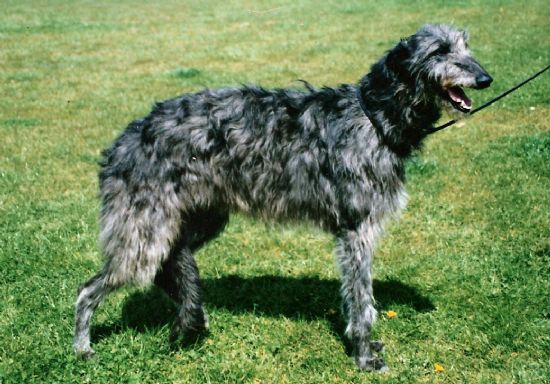 Larch was Erray's dam and I remember her grand achievement at the Deerhound Club Breedshow in and around 1994 where after being placed 1st in Mid Limit Bitch and then winning Best Bitch, she was awarded Best of Breed, the judge was Jean Lanning, I think it took Tony quite a while to come back down to earth.